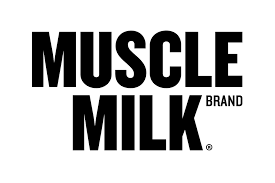 Rick played his collegiate baseball at the University of Miami; one of the top collegiate baseball programs in the nation.  At Miami, Rick battled back from his third knee injury while getting hurt in Honolulu, Hawaii to open the season.  He kept his goals in sight once again and became a three-year starter, played in three College World Series, was a Collegiate All-American, and accumulated a career .302 batting average with 21 home runs and 101 RBI’s.  In 1996 Rick played in the National Championship game against LSU which was arguably the best College World Series title game in history, as LSU won in the ninth inning on a walk off home run.  During the 1997 & 1998 summers Rick started for the Hyannis Mets (now Harbor Hawks) in the Cape Cod Amateur Collegiate Wooden Bat League and played with former MLB stars Eric Hinske, Eric Byrnes & J.J. Putz. 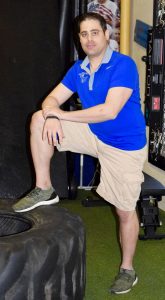 In 1999 Rick transferred to FIU (Florida International University) for his senior season.  He finished his collegiate career by hitting a game winning homerun against South Alabama at the Houston Astros AAA stadium.  He played with Alex Cora (Boston Red Sox Head Coach), Pat Burrell (Phillies/Giants), Aubrey Huff (Rays/Giants) and Jason Michaels (Phillies/Indians) during his playing days at Miami.  Rick was coached and trained by some of the finest coaches in the country including Walter Hriniak (former Red Sox/White Sox batting coach), Jim Morris (Miami) and Mark Calvi (South Alabama)!  Rick has trained athletes in core/strength training with the same exercises that are used at world renown athlete’s performance centers and uses the Mattes Method (AIS) to help increase flexibility and explosiveness.  Rick was an associate scout for the Cleveland Guardians (formerly the Indians) for 5 seasons and knows what scouts look for in players to excel at the professional level.

Rick is an EXOS Certified Fitness Specialist as well as being certified to perform the Functional Movement Screen (FMS) and Y-Balance Test (YBT).  He also uses Boditrak & Rapid software to learn about your relationship to the ground with foot decoding, and various balance tests.  Rick likes to use this prior to the majority of sports specific strength and agility training as well as pitching and hitting initial sessions to assess the athlete for possible “weak links” associated with their movement patterns.  As needed he will use V1 sports video software to dig deeper into sport skill set movement efficiency with the pressure mat. To take it a step further he will objectively see how this movement is relating to the relationship of bat and ball with Rapsodo hitting data or the Diamond Kinetics tracker baseball for pitchers.  He has participated in some of the top speed/quickness camps in the country and is an Certified Speed and Agility Coach by the National Sports Performance Association.  Rick has attended and learned from events taught by various top success and peak performance coaches including Tony Robbins, Dan Lier, and Jim Fannin.

Take your game to another level on and off the field as Rick will help you remove any barriers that may be holding you back to get the success you want.  Rick has helped many of his clients play at the collegiate and professional levels (view testimonials tab). He offers personal consulting services to coaches, parents and players on the methodologies he has successfully implemented in his training the past 19 years with over 15k athletes he has trained.

Baseball and softball hitting comes in many varieties and none come with instructions.  I have been teaching athletes of all levels for the past 2 decades to understand the importance of being your own hitter by not emulating someone else however making sure they learn key specific aspects that all great hitters need to do.  I will explain three types of hitting styles and why I believe one in particular has the greatest impact to help you consistently hit the ball hard. 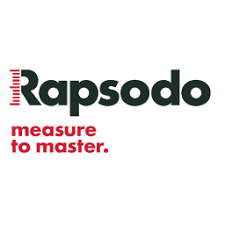 IMPROVE YOUR SPORTS PERFORMANCE BY ENHANCING YOUR TRAINING!