Why Training For Sports Performance Needs To Be Personal

Performance goals can range from regaining the strength to pick up your grandchild, to running your first marathon, to competing for an Olympic gold medal. The size of the stage you are performing on can vary, but the feeling of accomplishment remains the same.

Too often we find that athletes forget they are first a human – they focus on only things that improve performance in competition, while neglecting foundational needs such as calorie intake and basic nutrients.

Conversely, we often see casual gym-goers or amateur athletes unsure of which nutrients they need to fuel their goals and to reach peak performance. But learning a new skill or movement, or physically challenging your body in new ways, will often force your body to adapt to new demands.

Elite athletes have made many of these adaptations over time and have an easier time handling the stress of competition than an amateur who might be asking his or her body to perform movements and functions never done before. 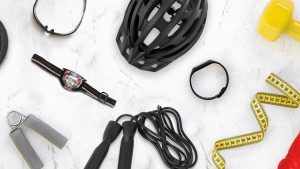 NFL PLAYER
Consider, for example, an NFL player competing during the regular 16-game season. He gives his all to perform at his highest level, but after each final whistle, he finds himself dehydrated from competition and sore from performing week after week.

The adrenaline of competition can override his normal biorhythm, so he is unable to sleep. And because the preparation for next week’s game starts tomorrow, he needs to recover from dehydration, inflammation, and sleeplessness so he can sustain his performance throughout the season.